Today I want to share two Papergang boxes from earlier on in the year. For various reasons I never actually got around to sharing these at the time. Papergang is a stationery subscription box run by Ohh Deer. Every month they get a different illustrator to create artwork and apply that to various paper items.

In the past, I’ve mentioned how Papergang can be quite hit or miss with the quality of the box. These two particular boxes show that very well. One was an experiment which didn’t go over well. The other was a particularly good box which I really liked.

In March of 2018, Papergang experimented with the format of their boxes. This particular box was to be a tube. I didn’t mind this too much. But it later transpired on Instagram that a number of people hadn’t been very happy with it. I understand those concerns. I didn’t feel like I was getting my money’s worth from this box. But fair play to Papergang for trying something new. 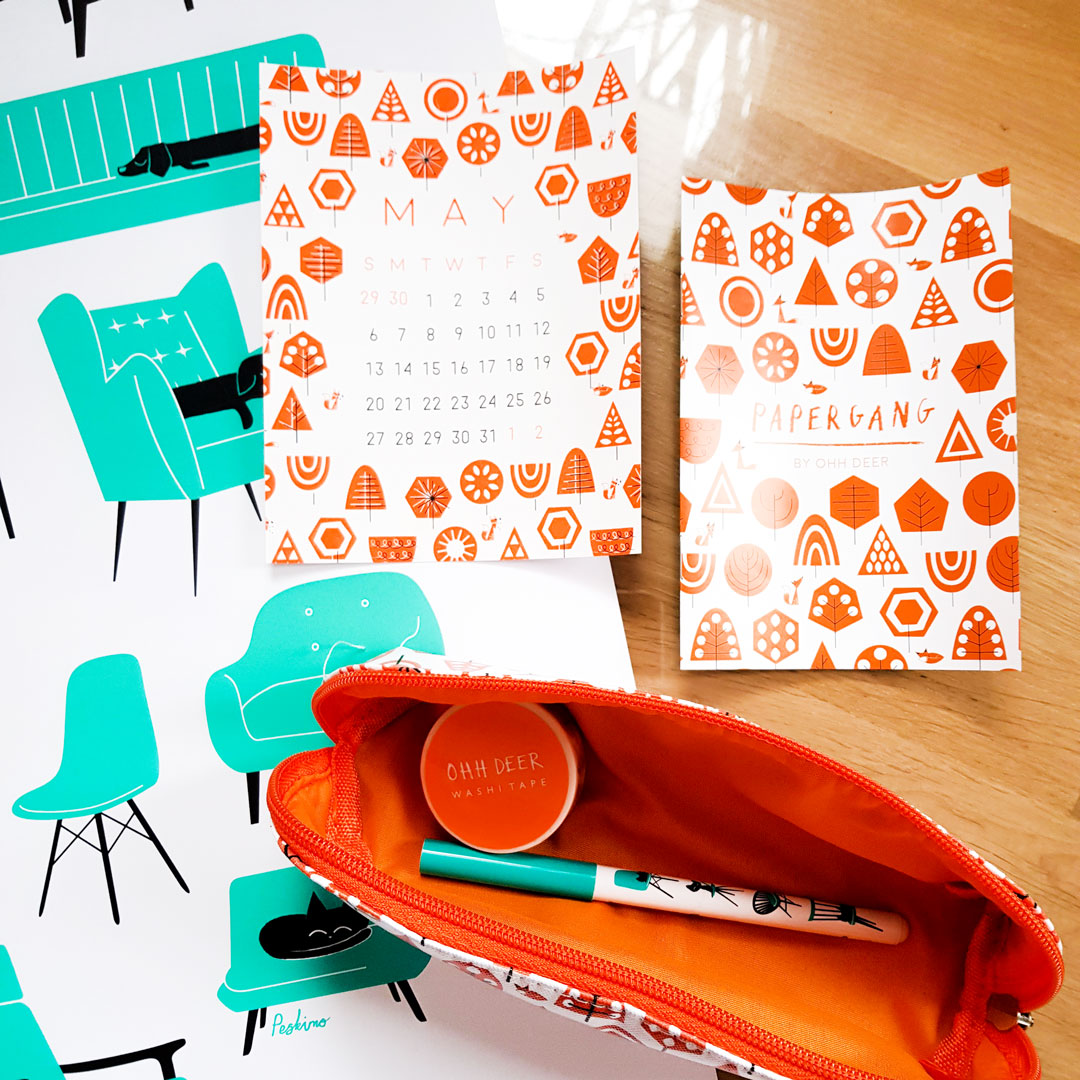 The main item in this tube was an A2 lithographic print. The artwork was created by Peskimo, if you like this you can find more 50s inspired artwork on their Etsy page. I thought the print was okay, but for whatever reason, my dad loves this poster. Like, won’t stop talking about it. Hey at least someone was happy with it.

The other items in the tube was a pencil case, pen and washi tape. All featuring the same 50s inspired designs by Peskimo. I think the problem with this box was that it felt a little bare compared to what you would get in a regular Papergang box. The items were good quality, and the artwork was nice. You just didn’t get much for your £13.

The April Papergang box was one of my favourites. The artwork for this box was made by Arthouse. This is a series of workshops run for people with disabilities, allowing them to express themselves creatively. All the artwork featured in the April box was made by people who take the workshops. Additionally, £1 from every Papergang box sold that month was sent to Arthouse.

I was very tempted to cancel my subscription after the March experiment. The artwork featured on the April box convinced me to continue for another month. The box contained an A5 ish sized journal with blank pages on one side and lined on the other. I think this journal is intended to be a planner of sorts as it also came with a page of functional stickers.

Then there was a 5-meter roll of washi tape and a set of sticky notes featuring dog illustrations. Honest moment here, I had problems finding both these items to take photos because I’ve been using them regularly since April.

Then there was a set of greetings cards both featuring artwork created by people from the Arthouse workshops. I think the thing I really enjoyed about this months box is that is challenges the idea of what good art is. The flower and dog illustrations are not accurate to life at all. But it doesn’t matter because they look really nice. I really think more people would get into art if they stopped thinking their art had to be good for it to be valid. Art doesn’t have to match some arbitrary definition of good for it to work.

There you have it. One very good box and one experiment which didn’t work out. I love some of the items I got in the subscription but others make me think I’ve just wasted my money. At £13 a box it’s hard to say if that is good value for money or not. Especially when there are other stationery subscriptions which seem to spend more time considering the items in each box.