I love journalling. I’ve journaled regularly in many different forms for the last few years. Today I thought I would share what I’ve been doing at college. I’m coming up to the last few weeks on my graphic design course for the year and they have been slightly hectic.

Our final project was a ‘personal’ project (basically you could do what you want). I decided to design the logo for a book shop because logo design is surprisingly fun. Today I thought I would share what my week was like while getting started on the project.

WEEK IN THE LIFE OF A GRAPHIC DESIGN STUDENT

I actually started out the week on a bad day. It’s weird, when I was doing Computing I didn’t mind missing class. Now I have a genuine excuse to not go in and I feel guilty every time I miss something. So anyway, this was a very boring day, I had planned to work a little on my project and ended up getting nothing done. Though I did watch Tinker, Tailor, Soldier, Spy again because it’s a really good movie.

Most of this day was spend scrolling through Tumblr and if I’m perfectly honest it wasn’t specifically for bookshop research but I ended up doing some of that anyway because I follow so many book blogs. The only real piece of college work I got done was drawing up a mind map to try and figure out what I wanted my bookshop to be called (this is actually the most difficult part of a project). 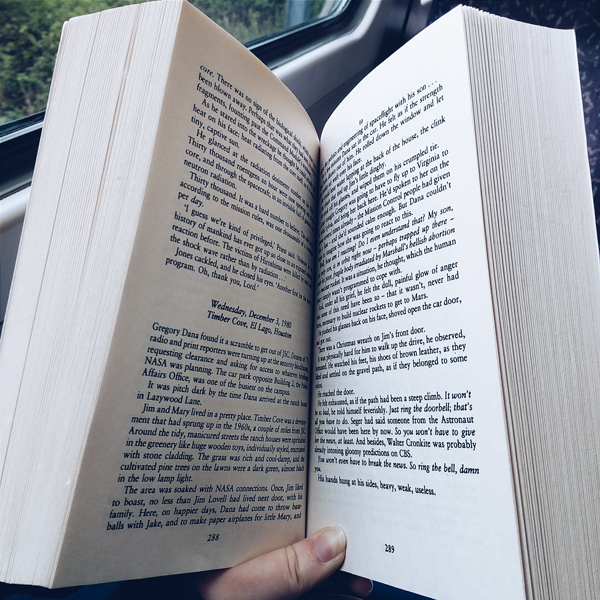 Started off the day by getting some reading done while on the train to college. Actually while I’m on the topic I feel the need to point out that I pretty much only read on the train. Some people seem to think I spend hours and hours reading every day and I really don’t. I read on the train and thats it.

Anyway the rest of the day was spent researching bookshops, then printing that research sticking it into my sketchbook and annotating. Depending on how you look at it this is either the most or least boring part of the design process. I also decided that I hated the name I came up with for my bookshop and instead totally just stole the name from a cool sounding sci-fi book (thanks Ray Bradbury!). 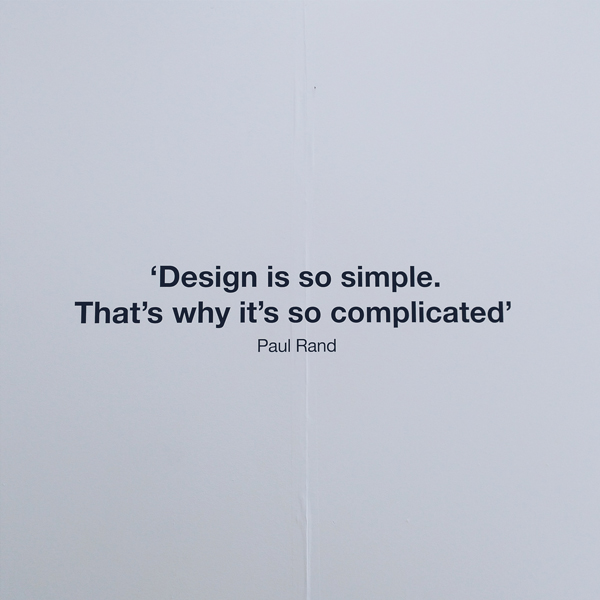 Instead of being in class this day we went on a trip to Dundee for the degree show. We specifically went to see the graphic design stuff but the whole show was really fantastic. You could spend a whole day just looking at the textile design bit, they actually had a room where you could look at the student’s sketchbooks, see their whole design process and it was so interesting, many of the patterns they created could work so well as part of a graphic design project. I actually have about 50 photos from the show so if anyone wants to see a full post about it give me a shout in the comments.

Friday was the day where I pretended to be an adult. I went to a dentist appointment (ugh), got some new pyjamas (omg Primark has Little Mermaid pyjamas you guys) and bought a book (no surprise there). But I really thought I should buy a copy of The Martian Chronicles since I named a bookshop after it. I bought Fahrenheit 451 as well because I’ve been meaning to get it for literally years.

The plan was to make bookmarks as part of my graphic design project so Saturday was spent doing some media exploration. I had an idea to paint galaxies in watercolour then put some famous sci-fi quotes over them. However painting them would take up a large block of time, these six paintings alone took me all day. 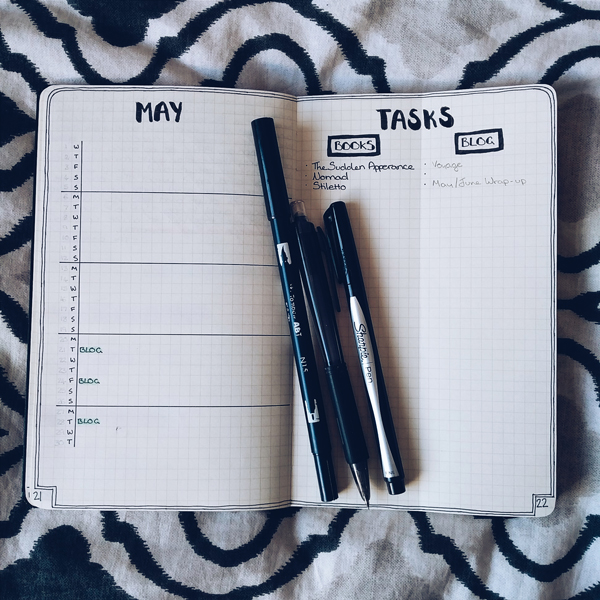 Sunday was what I like to refer to as my day off. And by that I mean I worked on some other personal projects. On this particular day I set up my new bullet journal. I had used the bullet journal system last summer but got out of the habit.

At the start of May I decided to get back into bullet journalling and picked up a new gridded Moleskine to work in and I’ve found I’m much happier now. Most people will say you don’t need a specific type of notebook to use as a bullet journal. But personally I think it’s best with some sort of grid paper. I should also point out this is my June spread but I brain farted and wrote May by accident. I’ve since fixed that mistake.

And that was my week. I probably had many other things going on too. But to be honest I’m writing this 3 weeks later and can’t remember everything I did. Before anyone asks, yes, I do have a full write up of my book shop branding project.

7 responses to “Graphic Design Student | Week In My Life”